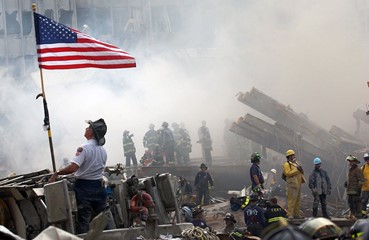 An anniversary is the annual recurrence of a date marking a notable event – a time to remember and reflect on what happened then.  There are few more notable events in our history than the terrorist attacks of September 11, 2001. Now, 20 years later, most who were old enough can remember where they were when the heard the horrific news.  Almost 3,000 were killed that day – at the World Trade Center, the Pentagon and in Shanksville, PA – to include 23 NYPD officers, 37 Port Authority Police Officers and 343 FDNY firefighters.  In addition to the horrendous scenes from those attacks, we also witnessed extraordinary acts of bravery that day by those first responders and civilians as well.  Beginning at 8:46am EST and what occurred over the next 102 minutes, changed the world as we knew it forever.  In addition to a staggering loss of life, the global war on terror began that day, our federal government undertook a transformative reorganization creating one agency out of 23 (DHS) because of what happened, the way we travelled has been forever changed, our emergency preparedness and communications systems were greatly enhanced because of what happened — and at the same time, the world came together that day in an unprecedented way, in mourning and in support.

We said never forget – but have we?  While I think we have not forgotten those who were killed – they live on through their families and friends, and their names are forever etched in stone around the memorial pools at the 9/11 Memorial, I do think we have, in some ways, forgotten the rest of the story – those acts of courage and those feelings of patriotism and the coming together as one nation to overcome and move forward.  I fully appreciate the magnitude of all that confronts and consumes us today — a global pandemic, an “end” to the war in Afghanistan and how it was managed, matters of social justice and injustice, unprecedented natural disasters, to name a few.  Individually, each is compelling, critical, and/or life threatening – collectively, almost overwhelming.  Yet we should not let them stand in the way of pausing to mark this important anniversary – and to remember those extraordinary acts of bravery and selfless service – and those feelings of togetherness and patriotism.

On this anniversary it is important for me to remind folks, once again, about those acts of heroism, bravery, and selfless service that I witnessed that day and, on the days, and weeks that followed.  And mine is but one story of the many who answered the call to do whatever was necessary in the face of unprecedented circumstance and challenge.  I happened to re-read the piece I wrote last year after I had begun this one – and it made me pause because its message was, in some ways, the same as this.  I thought about a re-write but have reconsidered – because we still need reminding to never forget – if anything, given where we find ourselves today, probably even more so. 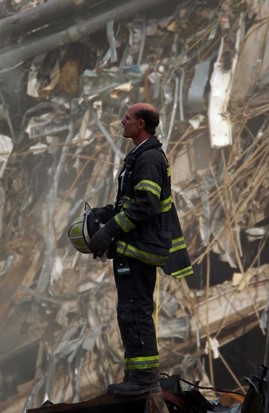 On that day I was sitting in my office on the 14th floor of One Police Plaza (One PP), where I served as Deputy Commissioner of Policy and Planning for the NYPD.  I heard and felt the first plane hit the North Tower.  I saw the second plane hit the South Tower.  One PP was evacuated – civilians were sent home, uniformed members of the service mobilized outside the building to await assignment.  Along with my assistant, I responded to the scene, where I witnessed first-hand police officers and firefighters running into the buildings directing folks to safety and caring for the injured.  I was assigned to work with the Chief of Patrol to set up a temporary command post – a location where we could organize officers responding to support the search and rescue effort.  We moved from location to location in the area immediately adjacent to the WTC plaza – trying find workable space – twice moving to outrun the debris and dust clouds from the falling buildings.  We ended up at a NYPD facility several blocks north of the world trade center complex.  The temporary command post was established, and rescue efforts launched.  As cops from across the city poured into the location, some also came in from “the scene of the crime” — covered in dust from the buildings’ collapse.  And while many should have sought medical attention, all they wanted to do was return to the rubble and continue the search.

During the next two days, as I worked from the Department’s Command Center and what became known as Ground Zero, I witnessed, over and over again, police officers, firefighters and others, climb “the pile” in search of the missing, to include their own. You’ve seen the pictures – it was anything but easy.  One of many heartbreaking moments I recall occurred on Tuesday evening – the head of our Special Operations Division, which included the Department’s Emergency Services Unit – a unit that lost 14 of the 23 NYPD members killed that day – came into the Command Center. He was still covered in dust from the towers’ collapse.  He had a piece of notebook paper wilth drawings on it – sketches that looked like the footprints of the two towers – and on it were “x” marks – intended to indicate the locations where his men had last been seen.  His eyes were bloodshot – from the dust, and the tears.  He, too, just wanted to return to the site.  He had to be ordered to take a shower and get some fresh clothes before doing that.  It was devastating – there are no adequate words to be found at a time like that to offer comfort or anything else for that matter. 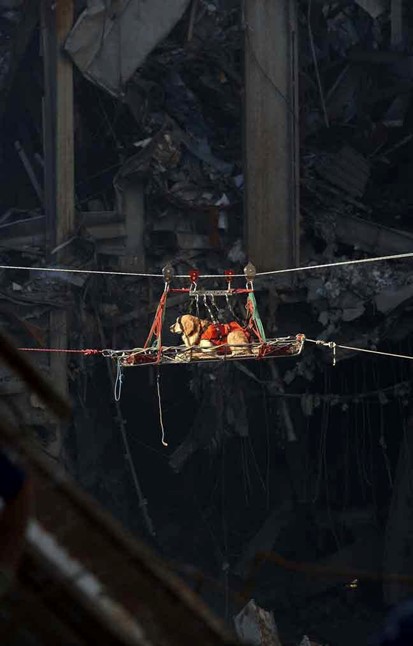 By Thursday afternoon (the 14th), we knew the traditional means of identifying the dead were not going to be an option given what we were finding – or more tragically, what we were not.  The Mayor directed a team of us to prepare for the collection and analysis of DNA samples – reference samples from the missing (toothbrushes, baseball caps, t-shirts) or samples from immediate family members – so that they could be matched against the remains recovered from Ground Zero.  Truly some of the most challenging work I have ever done – collecting such personal items from grieving, and often angry, family members.  And again, I had a front row seat to extraordinary acts of bravery, grace, and compassion.  I witnessed Department researchers and policy analysts become proficient in evidence collection and preservation methods; I saw police officers, typically used to patrolling streets and making arrests, consoling the family members of the missing as they collected the most personal of items; and I saw the first responder community and others come together to establish an incredible family assistance center in a pier on the west side of Manhattan – a place that offered comfort and consolation to the family members of the missing, even while they, too, were grieving.

The work done by my NYPD colleagues, the NYC Medical Examiner’s Office (OCME), and others to identify those that were killed was remarkable – and it continues today.  In fact, just this week, two more victims were identified.  As the technology advances, the OCME reanalyzes those samples.  Almost 22,000 pieces of remains were collected – and 60% of the victims have been identified, which means 40% of those families have yet to be reunited with the remains of their loved ones.  Painstaking work – but so necessary.  Someone said to me as we were doing this work — never did I think giving someone so little could mean so much.  And again, most recently, that sentiment was reinforced by a mom who was quoted in a news story, “if there is the tiniest little morsel of my son, yes, I want him back. He belongs to me.”

I was asked this week what it was that I wanted people to never forget – in addition to the lives lost, I said this: never forget those acts of bravery and compassion by our first responders and civilians; never forget the moral obligation we have to empower post-service success for the more than 3 million servicemembers, and their families, who have served and sacrificed since that day the War on Terror began; and never forget the feelings patriotism and coming together as one nation the tragedy of that day inspired.

All photos are from Preston Keres