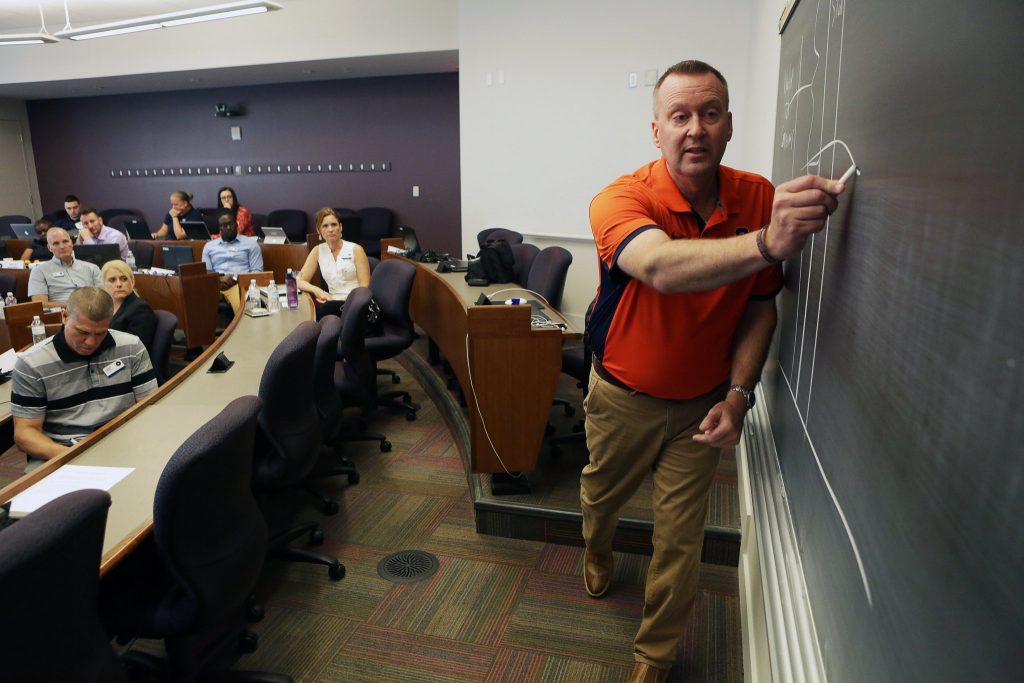 Recently Dr. Michael Haynie, Founder and Executive Director for the Institute for Veterans and Military Families (IVMF) and Vice-Chancellor of Syracuse University, was featured as one of the equalizers in TIME that are fighting for a more equal America.

Below is a snippet from the Time’s article.

When Haynie left the Air Force after 14 years to teach business at Syracuse University, he was shocked by how little attention the people in his new world paid to the challenges facing veterans. In 2011, recognizing that someone had to step up, he founded Syracuse’s Institute for Veterans and Military Families (IVMF).

Veterans need attention—-especially as they transition from military to civilian life—so, in addition to research and advocacy, the institute provides free professional training programs to veterans and their families, and has served more than 132,000 since its founding, reaching more people in 2019 than any other transition program for U.S. veterans. What began as a staff of three has grown to more than 100 -full-time employees operating around the world. Come April, Syracuse will open the National Veterans Resource Center, a $62.5 million facility, to be the center of IVMF’s operations. For Haynie, 50, the building is about “planting a flag.”

“It’s about signaling to the rest of the higher-education community that these issues matter,” he says, arguing that America has a moral obligation to ensure that “we get to a place where folks we send off to war don’t come home and feel like an outsider in the same society that they went off to defend.”