COVID-19 has had a major impact on the U.S. and world economies. Many small, independently owned businesses have had to reevaluate how they operate during this trying time. So it’s not surprising that many veteran-owned businesses are also reeling and struggling to remain afloat. 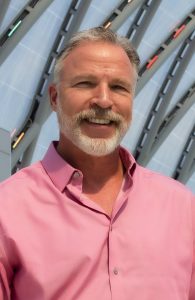 Broughton Hotels, owned by U.S. Army Special Forces veteran Larry Broughton, operates 10 boutique hotel properties — six in California and four in Chicago. The company doesn’t own the properties but provides the staff to run them. Business was good for the hotelier — great, in fact. In 2019, they had a record year, both in terms of revenue and guest satisfaction scores.

“All of [these programs], while well-meaning, are not going to get to most business owners in time,” said Broughton. “Particularly with the PPP program that went into effect [on April 3], many banks have decided they are not even going to collect applications because there’s so much confusion about how they will be indemnified or protected from fraud […]. Our commercial bank told us they received 2,000 applications last week and don’t have the people required to deal with them. It takes several hours to process each application. It then sits in a queue for a few weeks while it’s reviewed and approved, and it’s another two to three weeks before the loan is funded.”

When he’s not running his hotel business, Broughton teaches leadership classes and mentors other entrepreneurs at the Institute for Veterans and Military Families (IVMF), an extension of Syracuse University in New York. The IVMF works with veterans and active-duty military spouses to teach them how to thrive as entrepreneurs in the private sector. The organization also conducts valuable research and partners with local communities to enhance service delivery for the 22.5 million U.S. veterans and their families.

Misty Fox, the IVMF’s director of communications, said that it’s too early to determine the long-term effects the COVID-19 pandemic will have on the veteran business community at large. “You see some companies shuttering already, or within a few days of going out of business,” she said. “The average business only has 27 days of cash on hand, and we’re already a month into [this crisis].”