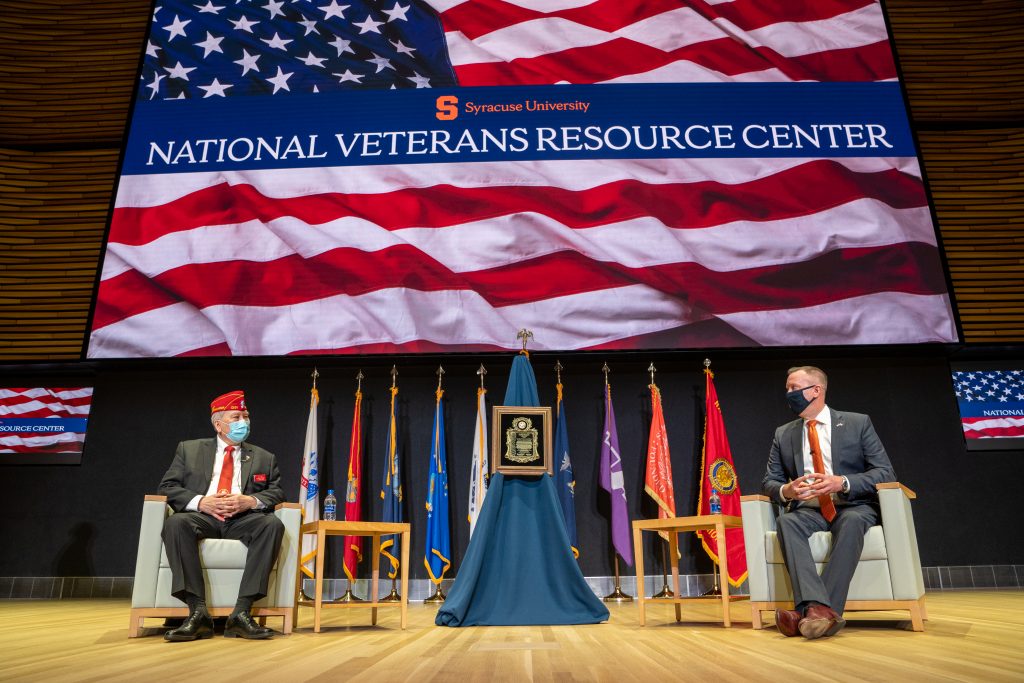 The nation’s largest veterans organization recognized the Institute for Veterans and Military Families (IVMF) with its prestigious Patriot Award during a presentation at Syracuse University today. The ceremony took place at the new National Veterans Resource Center at the Daniel & Gayle D’Aniello Building on campus.

The American Legion presents the national honor to organizations or people who “have demonstrated a profound and exceptional commitment to military personnel and their families.”

The presentation of the award was originally scheduled to occur during The American Legion’s national convention last summer in Louisville, Ky., but was canceled due to the coronavirus pandemic.

“I wanted to personally present this award to express my appreciation for the outstanding work and advocacy of the IVMF,” said American Legion National Commander James W. “Bill” Oxford. “Unfortunately, travel restrictions to the state of New York prevented me from doing so. However, Past National Commander Fang Wong is a resident of that great state and eagerly accepted the opportunity to visit the IVMF and deliver their well-earned Patriot Award.”

“The IVMF is honored to accept this prestigious award on behalf of the veterans and families members we serve through our career preparation training programs, community-based work and research,” said IVMF founder Dr. Mike Haynie, Vice-Chancellor at Syracuse University. “Veterans and military-connected families are vital to our country and ensuring they have a successful transition to civilian life after service provides invaluable opportunities for this community, and all of us, to thrive through meaningful employment and small business creation.” 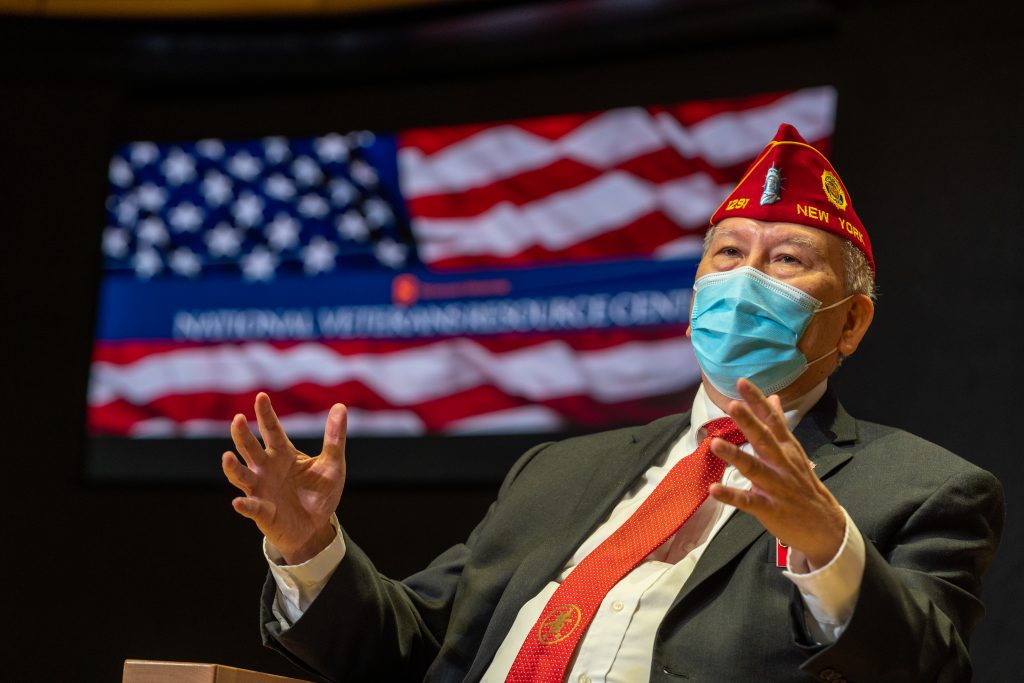 Wong, a Vietnam War veteran and member of Lt. B.R. Kimlau Chinese Memorial American Legion Post 1291 in New York, served as national commander of The American Legion in 2011 and 2012

“The American Legion was founded by World War I veterans concerned about the well-being of their comrades as they returned home and transitioned back into civilian society,” Wong said. “Military servicemembers often ask, ‘what’s next?’ as they try to find meaningful employment, obtain quality health care or attend college after their time in the service ends. It’s fitting that we recognize the IVMF with The American Legion Patriot Award. More than 142,000 transitioning servicemembers and their families have benefited from IVMF’s outstanding programs.  They understand that America has an obligation to serve veterans as well as veterans who have served this country. We congratulate IVMF, Dr. Haynie, and Syracuse University for this prestigious award.”

The American Legion consists of more than 12,000 posts across the nation and in foreign countries. Chartered by Congress in 1919, The American Legion is dedicated to the motto of “Veterans Strengthening America.” Nearly two million Legionnaires accomplish this through the organization’s four founding pillars of mentoring youth and sponsoring wholesome community programs, advocating patriotism and honor, promoting strong national security, and continued devotion to servicemembers and veterans.