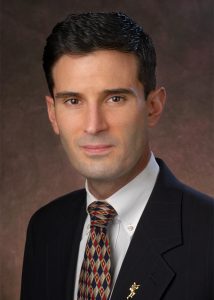 Richard Jones, a Syracuse University graduate (’92, G’95, L’95) and IVMF Advisory Board Member was selected this year for Variety’s Salute To Service Impact List.  Each year, Variety selects individuals in the entertainment industry that are making an impact in the military and veteran space. Jones shares the list with other notable names like Tom Hanks, Gary Sinise, and Jon Stewart.

Richard Jones, an Army veteran, created the ViacomCBS Veterans Network in 2009. Recent initiatives include producing the Marine Ball’s 245th Birthday Special and collaborating with Hiring America on content that honors veterans. “Our military has brought light to the darkest places on countless battlefields throughout the world; we can do the same by getting involved to solve problems, lift spirits and better the lives of our fellow citizens,” Jones says. He is also on the boards of veterans’ services organizations including the Wounded Warrior Project and National Veterans Memorial.