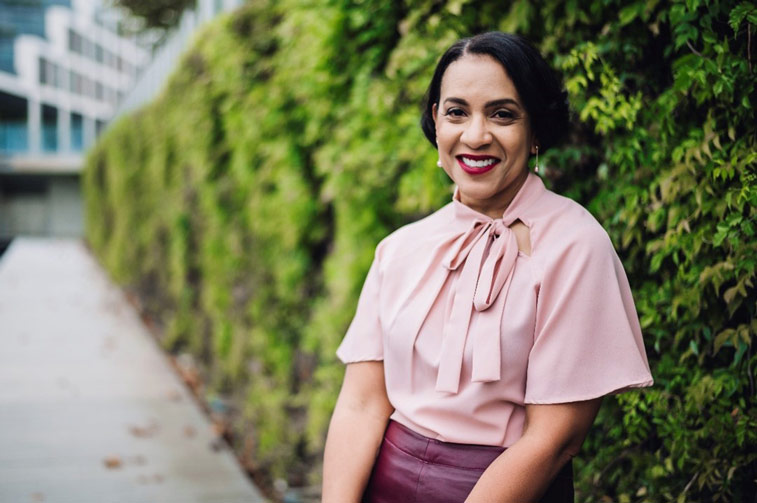 Over the past 10 years, Syracuse University’s Institute for Veterans and Military Families (IVMF) has supported military families by providing a path forward despite the inherent uncertainty that comes with serving in the military. Syracuse University alumna Eugenia Gardner is married to U.S. Air Force Colonel Elvert L. Gardner.  Her husband’s career in the Air Force demanded frequent moves called permanent change of station (PCS) about every two to three years.  PCS moves are stressful and cause a great deal of anxiety. “It’s always another series of endings and goodbyes – goodbye to the community and goodbye to the business where I worked, and a constant cycle of restarting.”

The cross country (and sometimes out of country) moves inspired her to branch out on her own. She founded CommunisPR, a public relations agency that specializes in communications programs for entrepreneurs, military and government organizations, higher education institutions and community-based organizations in 2013. “With every move, I was always able to find employment in a position that fit my background in public affairs, marketing and communications,” Eugenia says. “Over time, it became more complicated – always stopping and starting with every move and not seeing things to completion.”

At an event for her client Army Women’s Foundation, Eugenia met Dr. Mike Haynie, Founder and Executive Director for Syracuse University’s Institute for Veterans and Military Families (IVMF), who was being inducted into Army Women’s Foundation’s Hall of Fame. Dr. Haynie introduced Eugenia to what IVMF programs could do for her.

“During the process of arranging Dr. Haynie’s travel, he began to talk to me about what I was doing for my business. He introduced me to IVMF programs, and I learned about Veteran Women Igniting the Spirit of Entrepreneurship (V-WISE),” Eugenia says.

V-WISE is a premier training program in entrepreneurship and small business management. V-WISE helps women veterans and female military spouses and partners find their passion and learn the business skills necessary to turn an idea or start-up into a growing venture. 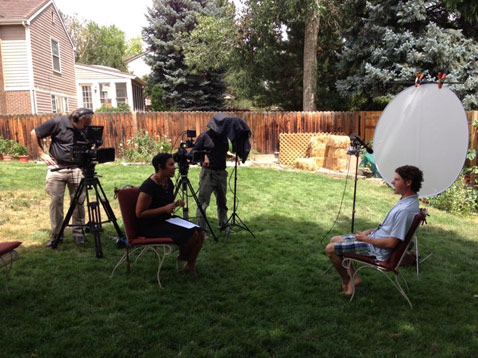 “Starting out, I didn’t know anything about business. I knew how to market because I was a marketer, but I didn’t understand things like tax implications, growth strategy or targeting customers,” Eugenia says. Shortly after another PCS to Germany, Eugenia flew to Phoenix to attend a V-WISE workshop.

“It opened a world of possibilities and created a community for me where I could find my way. Through both the large lectures and small personable interactions at the workshop, I began to solidify and develop my business plans,” she says. “I didn’t have a strategy and V-WISE gave me all of those tools, and also gave me the confidence of knowing how to be an entrepreneur.”

Following V-WISE, Eugenia felt armed with the tools and support she needed to take her business to the next level. She even attended two additional IVMF programs, IGNITE and Boots to Business (B2B), which helped her further solidify her foundation in entrepreneurship and business ownership.

“When we moved to Germany, it was an international uproot, and really caused the ultimate feeling of being uprooted. I had anxiety about how I was going to maintain my company. B2B helped me restructure my company so I could maintain my clients in the U.S. and move back and forth to serve them, ” she says. “It is mentally taxing, but once I found that I could have a portable career, it brought stability.”

Eugenia is thankful to IVMF for helping her business flourish. “My business gave me the flexibility and the opportunity to cultivate and to grow where I’m planted. That was very important to be because I needed to maintain my career for a sense of identity, accomplishment and contribution to the world.”

During the pandemic, Eugenia has been making the most of her increased time indoors by finalizing an important contribution to fellow military spouses. Now in addition to being a business owner, she is also a published author. Gardner recently completed her first book, titled PLANT: A Military Spouse’s Guide to Cultivating Life. She began writing the book while living in Grafenau, Germany, a farming community where her neighbors taught her how to garden.

“Over three years living in the community and learning from my neighbors, I wrote down all of the farming scriptures they taught me,” she says. Eugenia realized the similarities between gardening and her own experiences of learning to bloom where she is planted as a military spouse. In the book, Eugenia shares strategies of how military spouses can do the same through the PLANT method, which stands for Prepare, Leverage, Action, Navigate and Transform. 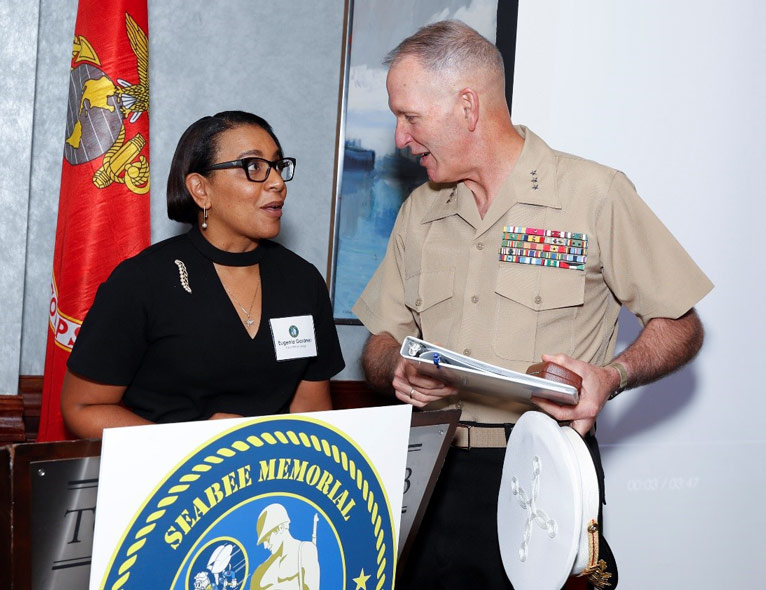 As a military spouse, Eugenia spends Veterans Day reflecting on the experience of service members and their families. “I make a point to contact those younger military spouses and their partners and write personal thank you notes to tell them I’m proud of their service,” she says. “It’s a small, exceptional group of individuals serving our country. I’m so proud to be a part of the military community because we quietly – regardless of chaos around us – uphold and live those values.”

Eugenia’s debut book, PLANT: A Military Spouse’s Guide to Cultivating Life was published in January. She is especially grateful to IVMF and V-WISE for helping her dream big and reach this monumental milestone. “Without V-WISE, there is no book,” she says. “It is so constructive in helping spouses envision possibilities and achieve outcomes.” Her book will be an invaluable resource to thousands of military spouses across the U.S., and Eugenia’s own journey will inspire others to continue dreaming bigger.