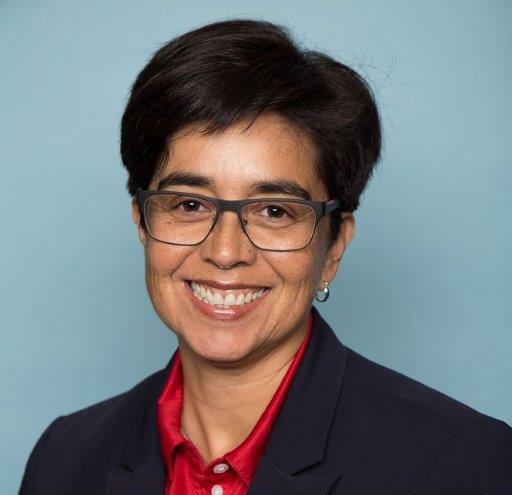 IVMF’s Onward to Opportunity Program Coordinator Joanna Sansoterra was recently elected as a board member for SD Pride!

Joanna was born in Loma Linda, California, and shortly after her father was assigned to North Island Naval Air Station as a civil servant. Her mother, Lucia worked in the nonprofit sector including a stint with Centro de la Familia in Logan Heights in the ’70s. She is an integral member of San Diego’s veteran community bringing with her nearly three decades of visionary leadership, organizing, and recruiting experience to San Diego, home of the nation’s largest concentration of military personnel. Joanna served for 33 years in the Air Force. She currently serves on the Defense, Veterans & Military Affairs Committee of the San Diego Chamber.

Currently, she works for Onward to Opportunity under the IVMF at Syracuse University since 2017. She was instrumental in laying the groundwork for O2O within Navy Region Southwest creating partnerships and alliances with the Navy and San Diego veteran’s community. She was also instrumental in pushing for the first military parade in uniform with San Diego Pride.

When asked what this means for her, Joanna responded, “Part of why I am a proud member of San Diego’s Pride board is to give back to my community.  As a closeted lesbian during most of my military career, I was assisted and guided by amazing LGBTQ+ elders and my charge now is to give back and serving is one avenue for me to do this.  I wholeheartedly believe in the mission of SD Pride to foster pride, equality, and respect for all lesbian, gay, bisexual, and transgender communities, locally, nationally and globally. Pride month commemorates the Stonewall riots, which occurred in June of 1969 and we celebrate the progress and accomplishments of the LGBTQ+ community.  My hope is those reading this will head out during Pride month and give it a go!”