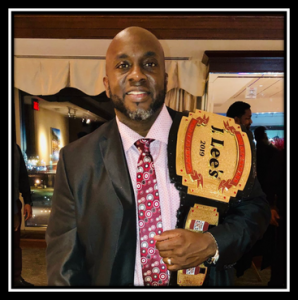 James Lee, III served 12 years in the U.S. Army, working at various duty stations both stateside and overseas. In 1999, while at Fort Carson, Colorado, James started enhancing his father’s BBQ sauce recipe. In the following years, he continued to perfect the quality of the sauce and started product development and focus group testing during different assignments while on active duty.  James made his gourmet BBQ sauce available at various social events and created sampling opportunities during domestic and international travel, including countries such as Korea, Germany, Hungary, and more. This sampling strategy resulted in invaluable consumer insights across numerous demographic areas and increased demand. James knows his military career is a critical factor in his success as the founder of J. Lee’s Gourmet BBQ Sauce. 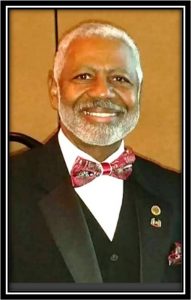 Charles “Chuck” Holden retired from U.S. Army in 2001 as a Lieutenant Colonel, serving 26 years in both Asian and European theaters of operations. During an assignment as Professor of Military Science at Southern University in 1983, he obtained his master’s degree in mass communications. In his post-military career, Chuck worked for General Dynamics for 13 years, retiring in 2014. Following his second career retirement, Chuck took a few years to reflect on his experiences and to figure out how best to give back to help others.

Chuck’s journey with J. Lee’s Gourmet BBQ Sauce began in 2018 when he met James Lee III during a visit to Biloxi, MS and tried his BBQ sauce at a social gathering. Following a long conversation, it was evident the soldiers shared the same outlook on life, passion for cooking and good food, and doing good for others. Chuck immediately realized his educational background in business and accounting could be an asset to the company. James asked Chuck to join the Sauce Team as President of Operations, and Chuck agreed.

Both James and Chuck have attended multiple IVMF Veteran EDGE Conferences and Chuck is a graduate of IVMF’s R.I.S.E. program.

If they could offer any advice to prospective military-connected entrepreneurs, it would be this: “As a veteran, you have the will to persevere and go beyond the ordinary. Believe in yourself and don’t be afraid to step out on the unknown. Prepare as you have in your military career, and you will be well-armed to take on civilian business challenges.”

To learn more about the J. Lee’s family of products and associated recipes visit their website at www.jleessauce.com.