IVMF Chief Operating Officer Maureen Casey was the honorary captain at the Syracuse University football home opener on the 20th anniversary of 9/11 providing the official coin toss at the beginning. Casey served as the Deputy Commissioner with the New York City Police Department during the 9/11 attacks and participated in the City’s response and recovery efforts on that day and during the days, weeks, and months that followed. Particularly, she was given the assignment by the police commissioner to set up a system to identify the remains of the victims. Recently, she was interviewed by Spectrum News and NPR. 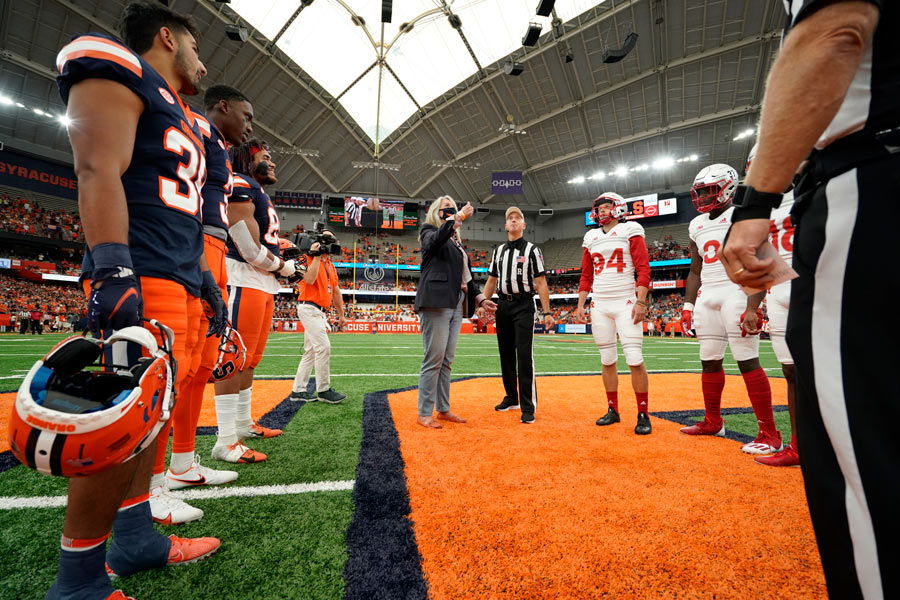