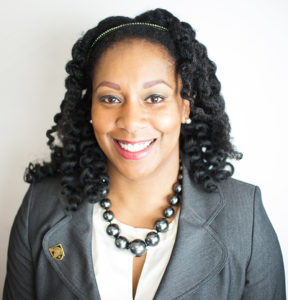 Rachel Bellamy comes from a family with a storied history of military service. A fourth-generation veteran, Rachel graduated from the U.S. Military Academy at West Point and served five years with the U.S. Army in the Adjutant General’s Corps.

Military service is important to Bellamy, but she knew she wanted to become a business owner. She met her husband Lonnie Bellamy while both were serving in the U.S. Army, bonding over a common past of being Army brats, both being fourth-generation service members, and a mutual desire to become entrepreneurs – Rachel in leadership consulting and Lonnie in IT consulting.

When Lonnie finished his master’s degree at The George Washington University, they knew it was time to launch TIME Systems and create a business that focused on their passions, Technology, Innovation, Management (Leadership) and Engineering.  To balance the financial risk of entrepreneurship, Rachel served in the federal government for ten years and moonlighted in the business after hours, but more was needed.

“The company wasn’t growing as well as it could grow because Lonnie was working in the business, not on the business,” said Rachel. Lonnie made the first calculated risk transition and stop working on billable contracts and focused on building a long tern business infrastructure.

In 2015, Rachel jumped into the business full-time, taking the next calculated risk to leave her secure, federal employment to make their business goals a reality and allow the business to grow.

“Entrepreneurship is made up of both risk and reward,” said Rachel. “You have to pick the high risk to grow.”

And it hasn’t been without challenges. In 2014, a federal agency they were contracted with was in sequestration, and Rachel did not know when the next check would arrive. Faced with two unfavorable options, a decision was made to default on mortgage payments so that they could retain the employees they had at the time.

“The truth of the matter is federal government contracting, in the beginning, is brutal,” said Rachel. “It worked out in the end, but it was a tough period of time. A lesson we have learned is to make business decisions off of earned income versus potential income.”

TIME Systems is currently in the middle of the U.S. Small Business Administration’s 8(a) program. The 8(a) program is a robust nine-year program created to help firms owned and controlled by socially and economically disadvantaged individuals. At the end of the program, Rachel says they’re ready to make a leap to be a competitive contractor.

“I am a long-term planner,” said Rachel. “There’s always something to work towards, there’s more to give, more impact to make. One of the tough questions we ask ourselves is ‘who do you have to be as a leader to achieve your goals?’”

The company is always looking for new business partners and opportunities. TIME Systems is setting its sights on the new space arena, leveraging its past performance in cybersecurity, software development, and software testing/evaluation to position itself as a valued contributor in contracting.

Rachel holds a master’s degree in Executive Coaching from Georgetown University and a Master of Divinity in Organizational Leadership from Regent University. She is a graduate of the Small Business Administration’s Emerging Leaders Program, as well as the National Science Foundation Innovation Corps (I-Corps) program at The George Washington University and the Veteran Institute for Procurement (VIP) International program.

Her leadership extends beyond the business into her home. Her children have shown interest in the family business at young ages, and her oldest son, following in his mother’s footsteps, is currently on the track team at Army West Point.

Behind the scenes, Rachel is looking ahead, working on developing leadership and coaching mastermind programs.

“You can see a leader by the number of other leaders behind them – not followers, but leaders,” said Rachel. “I want to lead so that other people can be leaders.”