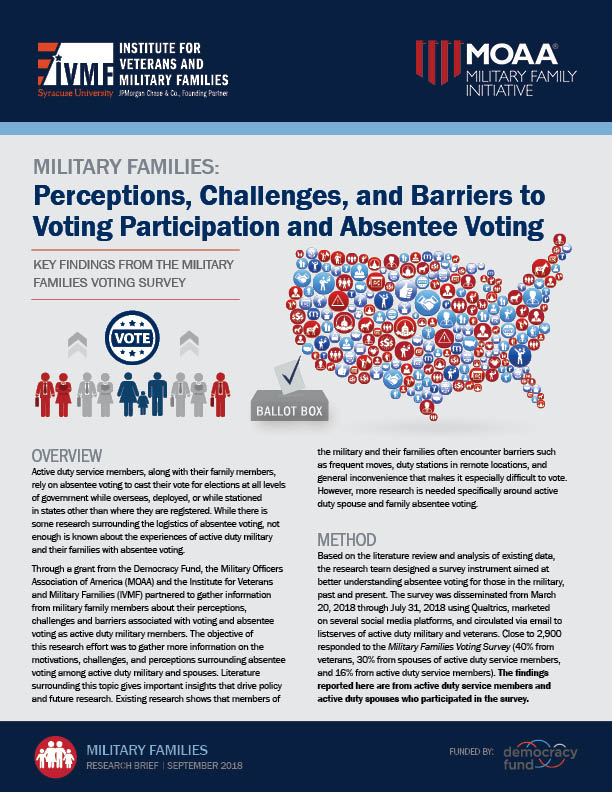 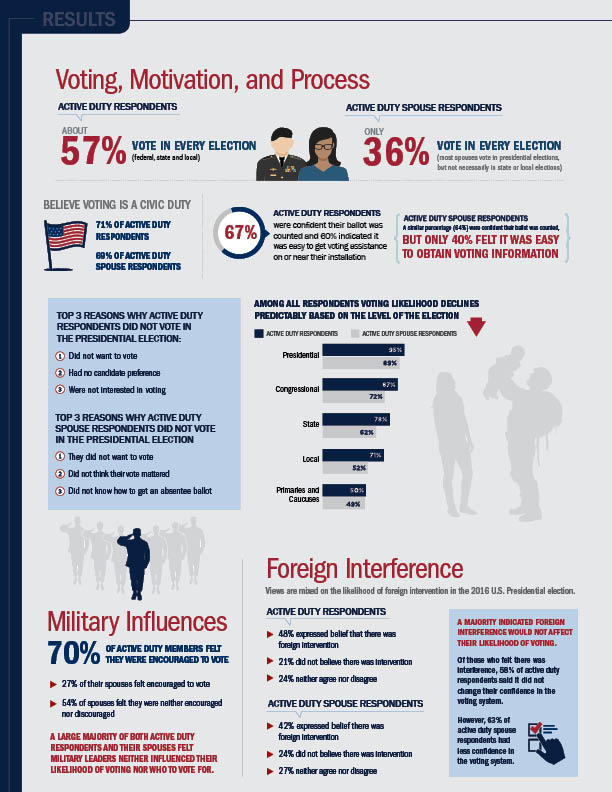 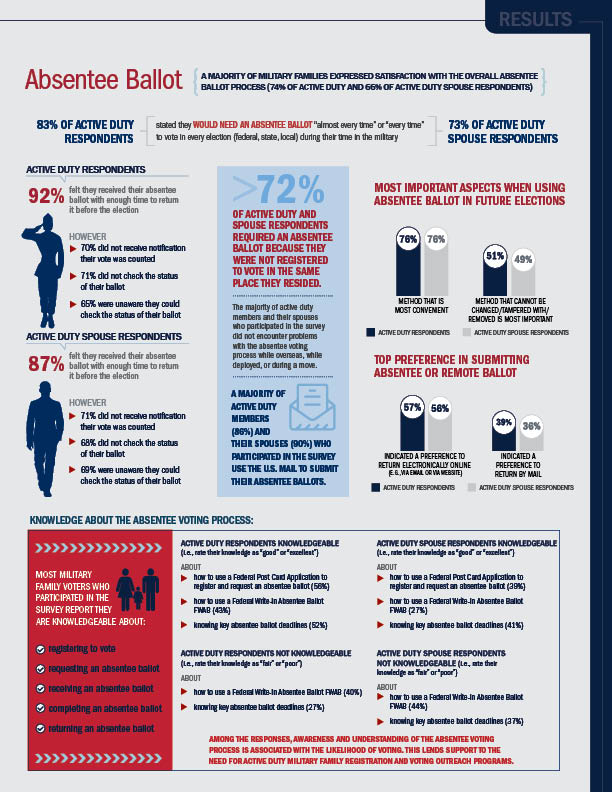 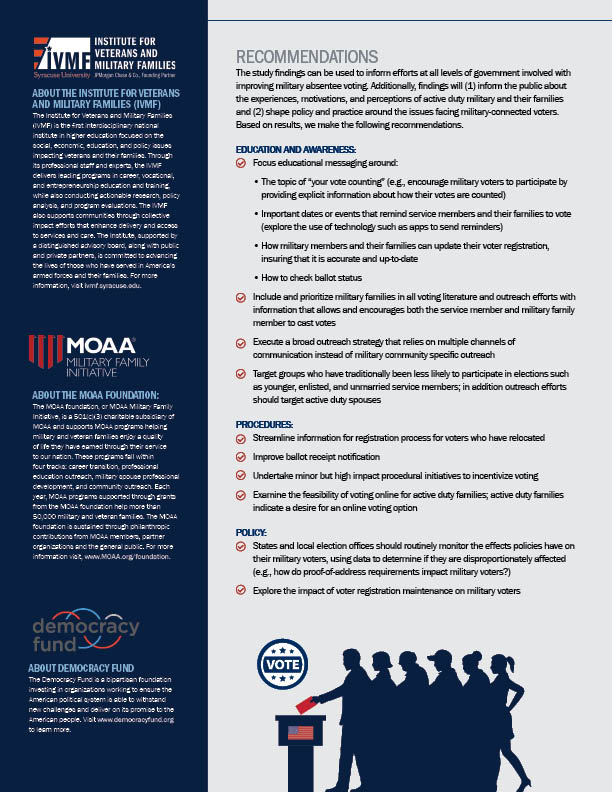 The Full Technical Report is Also Available to Download​

Active duty service members, along with their family members, rely on absentee voting to cast their vote for elections at all levels of government while overseas, deployed, or while stationed in states other than where they are registered. While there is some research surrounding the logistics of absentee voting, not enough is known about the experiences of active duty military and their families with absentee voting.

Through a grant from the Democracy Fund, the Military Officers Association of America (MOAA) and the Institute for Veterans and Military Families (IVMF) partnered to gather information from military family members about their perceptions, challenges and barriers associated with voting and absentee voting as active duty military members. The objective of this research effort was to gather more information on the motivations, challenges, and perceptions surrounding absentee voting among active duty military and spouses. Literature surrounding this topic gives important insights that drive policy and future research. Existing research shows that members of the military and their families often encounter barriers such as frequent moves, duty stations in remote locations, and general inconvenience that makes it especially difficult to vote. However, more research is needed specifically around active duty spouse and family absentee voting. 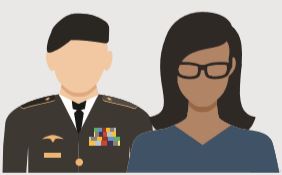 The top three reasons why active duty respondents did not vote in the presidential election were:

The top three reasons why active duty spouse respondents did not vote in the presidential election were: 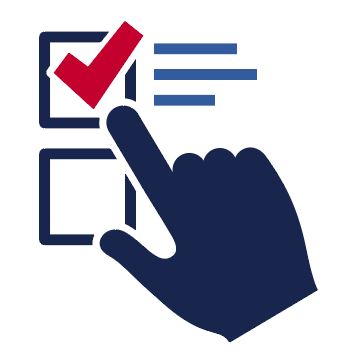 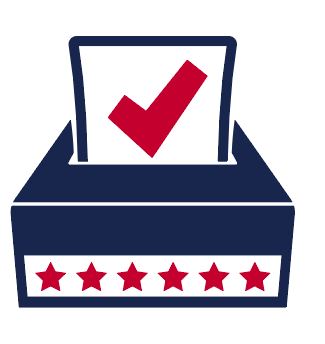 Over 92% of active duty service member respondents felt they received their absentee ballot with enough time to return it before the election. However:

Over 87% of active duty spouse respondents felt they received their absentee ballot in enough time to return it before the election. However: 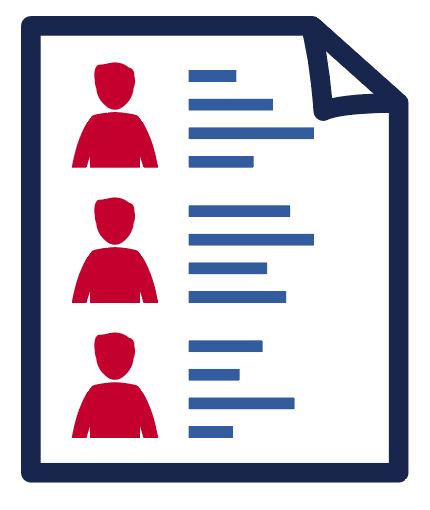 The study findings can be used to inform efforts at all levels of government involved with improving military absentee voting. Additionally, findings will (1) inform the public about the experiences, motivations, and perceptions of active duty military and their families and (2) shape policy and practice around the issues facing military-connected voters. Based on results, we make the following recommendations.