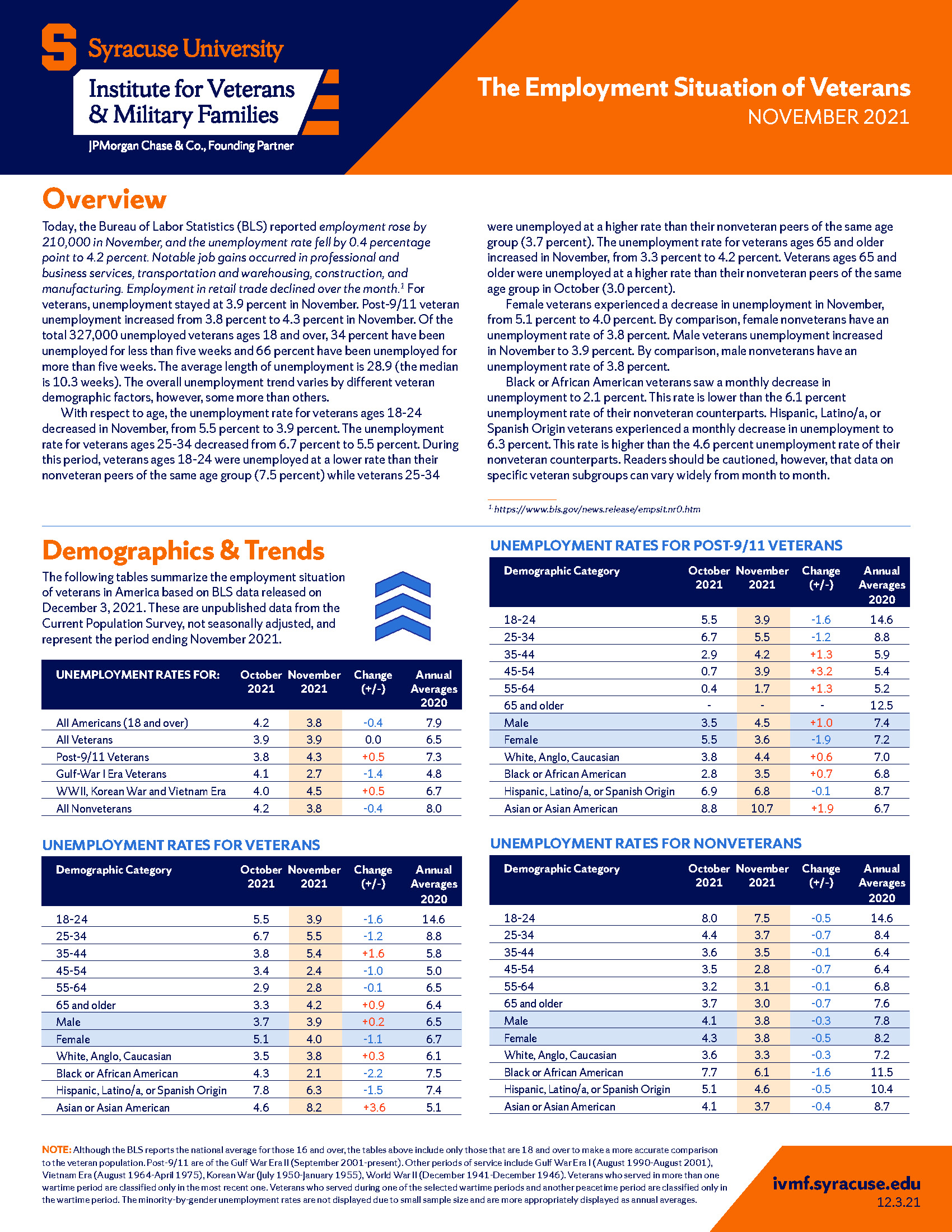 Today, December 3rd, the Bureau of Labor Statistics (BLS) reported employment rose by 210,000 in November, and the unemployment rate fell by 0.4 percentage point to 4.2 percent. Notable job gains occurred in professional and business services, transportation and warehousing, construction, and manufacturing. Employment in retail trade declined over the month.[1] For veterans, unemployment stayed at 3.9 percent in November. Post-9/11 veteran unemployment increased from 3.8 percent to 4.3 percent in November. Of the total 327,000 unemployed veterans ages 18 and over, 34 percent have been unemployed for less than five weeks and 66 percent have been unemployed for more than five weeks. The average length of unemployment is 28.9 (the median is 10.3 weeks). The overall unemployment trend varies by different veteran demographic factors, however, some more than others.

The following tables summarize the employment situation of veterans in America based on BLS data released on December 3, 2021. These are unpublished data from the Current Population Survey, not seasonally adjusted, and represent the period ending November 2021.