The White House and Department of Veterans Affairs (VA) launched the REACH national public health campaign aimed at empowering all Americans to play a critical role in preventing suicide. The goal of REACH, which was established by the President’s Roadmap to Empower Veterans and End a National Tragedy of Suicide (PREVENTS), is to change the conversation around suicide by urging people to recognize their own risk and protective factors — as well as the risk and protective factors of their loved ones.
Federal, State, and local partners all have a major role to play in preventing suicide but sometimes they don’t know how or where to get started.  Executive Director of the PREVENTS Task Force, Dr. Barbara Van Dahlen, the PREVENTS Office, and the Institute for Veterans and Military Families at Syracuse University have partnered to present this three-part webinar series outlining actionable steps you, your states, agencies and representatives can take.
You’ll learn and be able to ask questions about the work done to date, what’s yet to come, strategies, and recommendations, as well as, how to leverage all of the newly available resources from public health campaigns to prevent veteran suicide.

Taking the First Steps Together

A basic introduction with an overview of the PREVENTS Roadmap, REACH public health campaign, and key recommendations in the Public Health Approach to preventing Suicide.

For States just getting started, we’ll break down the PREVENTS Roadmap and guidelines to help you set a foundation for success through recommended actions and strategies.

For States with active inter-agency task forces that have been working collaboratively with successful results, we’ll show you how to best utilize the newly available resources and tools.

A moderated Q&A event on opportunities for interagency coordination and overcoming barriers in implementing successful programs to prevent suicide at the state level.

The goal of PREVENTS is to prevent suicide — among not just Veterans but all Americans. By adopting a holistic public health approach, PREVENTS is acting on the knowledge that suicide prevention is everyone’s business, and that by working together, locally and nationally, we can prevent suicide.

PREVENTS is building on the critical successes of suicide prevention pioneers and agencies working with service members and Veterans. The PREVENTS task force is partnering with stakeholders from multiple sectors, including nonprofits, state and local organizations, Fortune 500 companies, and government leaders, to implement best practices to improve health and prevent suicide.

REACH is about preventing suicide. It is for and about everyone because we all have risk and protective factors that we need to recognize and understand.

Click below if you or someone you know needs help. You are not alone.

Learn more about the work of PREVENTS.

Learn more about how the IVMF is spearheading national policy changes. 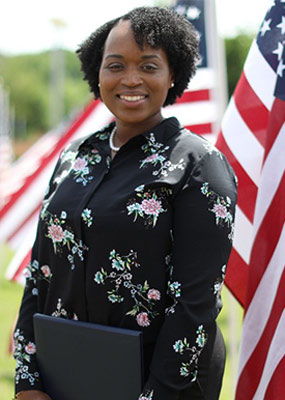